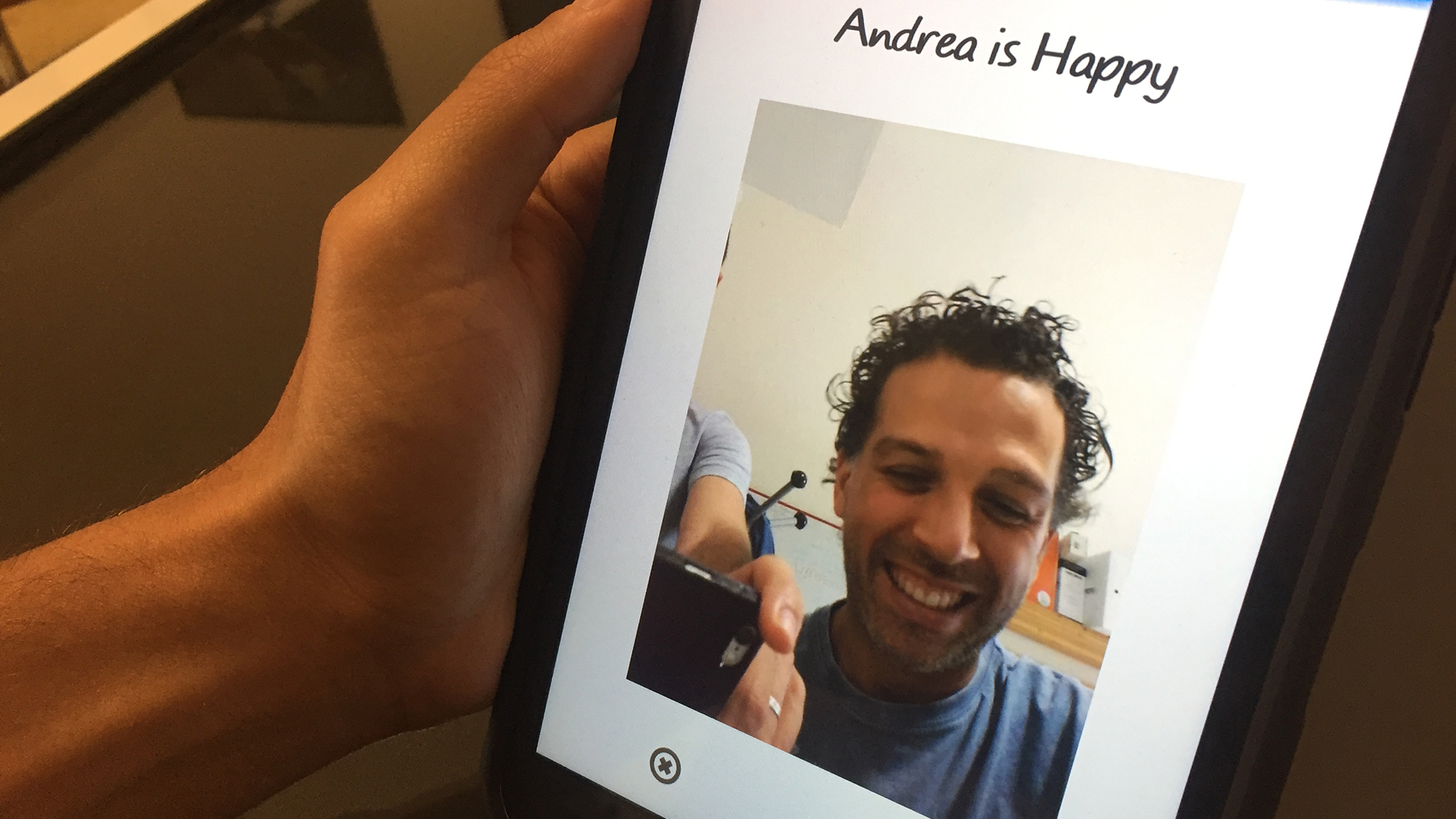 InstaMood is a Social Network for sharing photos with a mood using facial expressions. The App can be accessed using Facebook and allows to send photo messages selecting the mood that you are going to express taking a selfie.

InstaMood has been developed only for the Android Store using the Cordova framework. The code has been written using HTML5, CSS3, jQuery and jQuery Mobile. Data are stored in MySQL through PHP.

Once logged-in users can select a mood they want to reproduce in their photo choosing between a set of six emotions represented through icons. The selection of the emotions has been done on the basis of the studies of Paul Ekman who has identified 6 pan-cultural expressions (angry, fearful, disgusted, happy, sad, surprised). Finally, the user can open the device camera, take a selfie trying to reproduce the emotion and send it to his Facebook friends. In order to exclude photos where no face is present the app uses the tracking.js lib which performs face detection. Photo messages can be sent to Facebook friends through the App. Messages are threaded.

The idea and and the interaction Design are by Andrea Ferracani and Daniele Pezzatini (Media Integration and Communication Center – UniFi, IT). Graphic Design and Development are by Mariem Haida, Irene Rosadi and Elena Sesoldi.

The app has been developed at the Media Integration and Communication Center of the University of Florence by Mariem Haida, Irene Rosadi and Elena Sesoldi under the supervision of Alberto Del Bimbo, Andrea Ferracani and Daniele Pezzatini (MICC) for the Cource of Multimedia Design and Production.