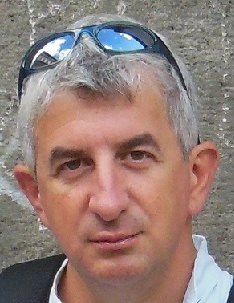 Nicu Sebe is a professor in the University of Trento, Italy, where he is the director of the Department of Information Engineering and Computer Science. He is leading the research in the areas of multimedia information retrieval and human-computer interaction in computer vision applications. He was involved in the organization of the major conferences and workshops addressing the computer vision and human-centered  aspects of multimedia information retrieval, among which as a General Co-Chair of the IEEE Automatic Face and Gesture Recognition Conference, FG 2008, ACM International Conference on Image and Video Retrieval (CIVR) 2007 and 2010. He was a general  chair of ACM Multimedia 2013 and a program chair of ACM Multimedia 2011 and 2007 and ECCV 2016. He is a program chair of ICCV 2017, ICPR 2020, and the general chair of ICMR 2017.  Currently he is the ACM SIGMM Director of Conferences. He is a fellow of IAPR and a Senior member of ACM and IEEE.

All session by Nicu Sebe