The dataset collected at the University of Florence during 2012, has been captured using a Kinect camera. It includes 9 activities: wave, drink from a bottle, answer phone,clap, tight lace, sit down, stand up, read watch, bow. During acquisition, 10 subjects were asked to perform the above actions for 2/3 times. This resulted in a total of 215 activity samples. 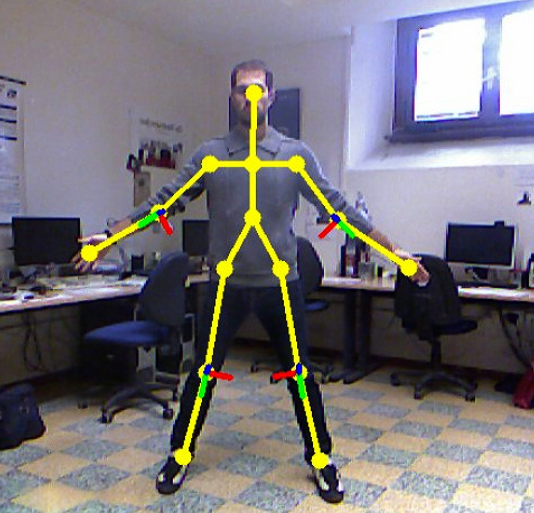