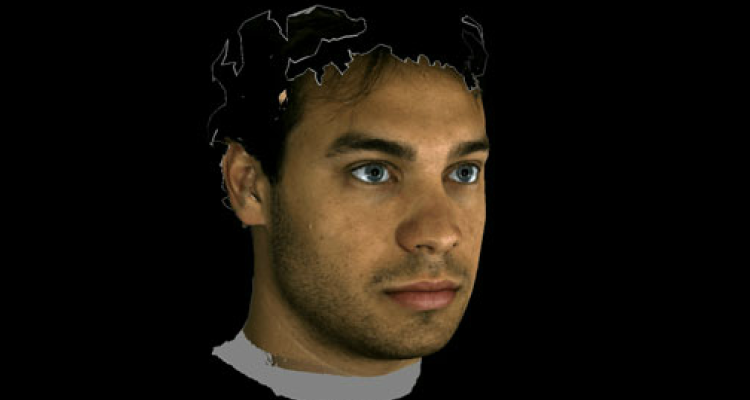 This dataset is being constructed specifically to support research on techniques that bridge the gap between 2D, appearance-based recognition techniques, and fully 3D approaches. It is designed to simulate, in a controlled fashion, realistic surveillance conditions and to probe the efficacy of exploiting 3D models in real scenarios.

Human faces are one of the most important biometrics for recognition. Face imagery is easily and nonintrusively collectible, whereas other biometrics such as fingerprints or iris scans are impractical to implement in many scenarios (e.g. a surveillance setting). Because of the universality of faces as a biometric, there has been a proliferation of face recognition approaches proposed in the research literature.

Along with the proliferation of algorithms for face recognition there has also been an explosion of datasets designed to
support research in face recognition. Face recognition remains a difficult problem. Much of this difficulty is due to challenging imaging conditions and variations caused by expressions, gender and pose. More recently, 3D scanning technology has matured and the price of entry is much less.

This has led to renewed interest in face recognition using 3D models of human faces. One unexplored avenue of research on facial analysis is the potential of using 3D models to augment the performance of traditional 2D, appearance-based techniques.

Our dataset is designed with two main goals in mind. First, we would like to make available accurate and complete 3D models of faces to researchers who are primarily interested in the analysis of 3D meshes and textures of human faces. That is, our dataset is designed to be useful for research on pure 3D analysis techniques.

We have also designed our dataset to go beyond the scope of 3D analysis techniques, allowing researchers to investigate the possibility of reducing the gap between 2Da computer vision algorithms and those methods that work on more precise, 3D models. In particular, our dataset is thought of in the context of evaluating the use of 3D information in computer vision problem like 3D face pose estimation and 3D face recognition directly from video data or still images.

To this end, the pipeline of data acquisition is designed to provide both 3D data and 2D videos consistent with each other.

The dataset consists of:

Each subject is recorded in the following situations:

Please, if you use the dataset cite our papers as follows: