Magenta SRL and MICC participated at the 16th edition of the International Conference on Image Analysis and Processing (ICIAP 2011) with a live demo of both off-line and on-camera traffic monitoring applications developed within the ORUSSI European Project. 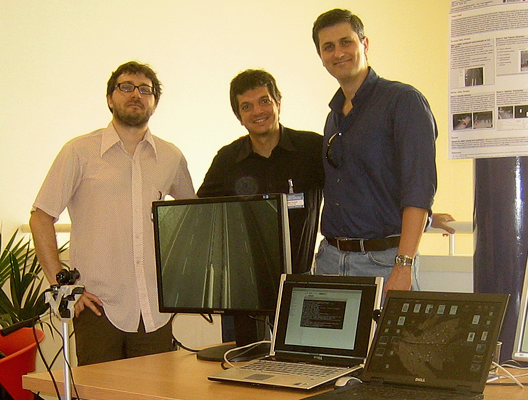 The main target of ICIAP 2011 was to provide a place in which the most recent approaches and goals in image analysis could be presented and discussed.

The demo by Magenta SRL and MICC presented an embedded solution for vehicle counting and speed estimation and off-site video analysis tools to detect anomalous behaviors and to perform semantic compression of videos. An on-camera application for extraction of FAST feature points was also shown.