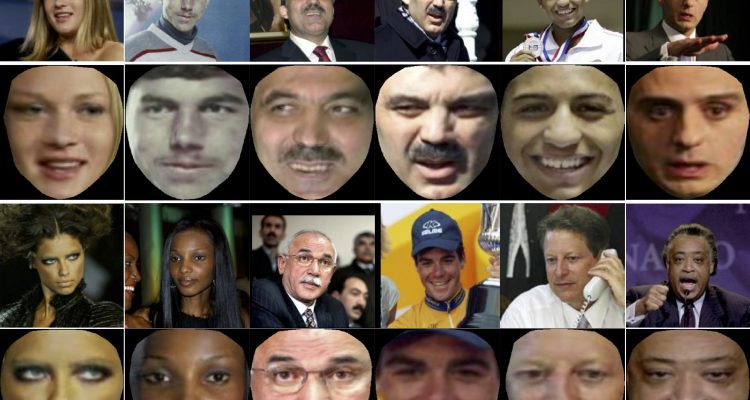 Frontalized faces in the wild contains the frontalized version of the images collected in the famous and publicly available Labeled Faces in The Wild (LFW) dataset, which is a database of face photographs designed for studying solutions to the problem of unconstrained face verification. The frontalized images have been generated with the method presented in the paper “Effective 3D based frontalization for unconstrained face recognition”.

The frontalization is the process of rendering a frontal facing view of faces captured under unconstrained conditions. This process is employed in the attempt of compensating, principally, out of plane rotations of the head, which frequently lead to strong misalignments and significant changes in local pixel patterns.

In order to generate the frontalization, a 3D face model is fit to the face image and subsequently used to warp the face to a frontal pose, exploiting the knowledge of its coarse 3D shape.

The performance of a face recognition system can be significantly improved using the frontalized version of a face image; this because the nuisances induced by misalignments and appearance changes are to some degree compensated and the consistency of image descriptors related to patches semantically similar is guaranteed to a greater extent.

Note that the frontalization process requires the detection of some facial landmarks in order to perform the 3D pose estimation and 3DMM fitting; landmark detection failures lead to missing frontalizations. The provided dataset counts 13176 images out of the 13233.

The folder structure is the same as the one of the original dataset. The dataset will be updated over time to correct potential errors. 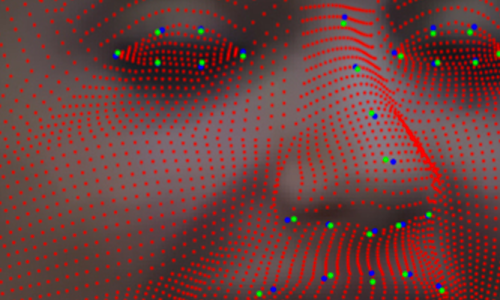