Enrich is a targeted project funded under the eContentPlus programme. Its objective is to provide seamless access to distributed digital representations of old documentary heritage from various european cultural institutions in order to create a shared virtual research environment especially for study of manuscripts, but also incunabula, rare old printed books, and other historical documents. It builds on the Manuscriptorium Digital Library (http://www.manuscriptorium.eu) that has already managed to aggregate data from 46 collections from the Czech Republic and abroad. 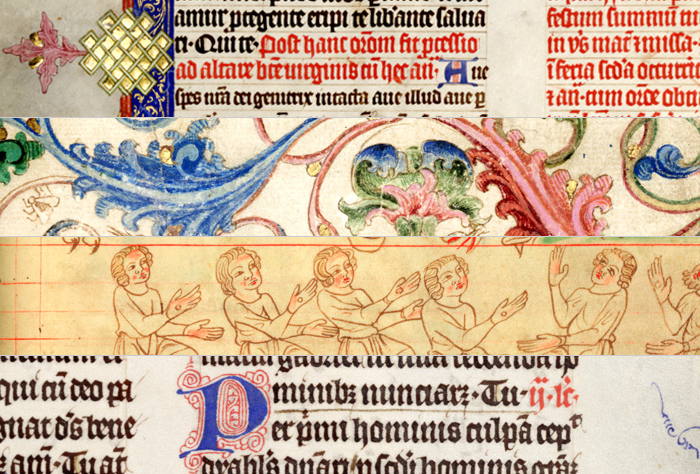 The project groups together almost 85% currently digitized manuscripts in the national libraries in Europe. These collections will be enhanced by substantial amount of data from university libraries and other types of institutions. The consortium will make available more than five million digitized pages.

Manuscriptorium is a result of 15 years of work and development carried jointly by two important czech institutions: AIP Beroun LTD and the National Library of the Czech Republic. It is the richest digital manuscript resource in Europe putting at disposal more than one million digitized pages, having a safe digital archive, enjoying of state support for digitization, and talking in czech and english languages. Ca. 50% of its users come from abroad and it operates a special clone for support of teaching and learning in secondary schools. Its origins are in the Memory of the World programme of UNESCO; therefore, the National Library of the Czech Republic received the UNESCO world Jikji award in 2005. The Manuscriptorium-related digitization knowledge and know-how have been taught and shared in many countries of the world.

Manuscriptorium builds on a robust xml schema the most important part of which is the european master format for electronic description of manuscripts based on TEI.

The basic corpus of data is made available from the digital storage facilities operated by AIP Beroun LTD in the Czech Republic. The Enrich project will integrate even more data from remote foreign digital libraries. The metadata records for the central database will be preferably collected via the OAI protocol; they will contain links to images stored in remote image databanks. Necessary transformation routines will be created and tuned for each partner. Specialized on-line tools will be also developed to enable Manuscriptorium schema compatible metadata structuring and output validation for those partners that have digital data with no presentation tools and will like to make them available.

Enrich target user groups are content owners/holders, libraries, museums and archives, researchers and students, policy makers, and general interest users. The project will allow them to search and access documents which would otherwise be hardly accessible. Besides images, it will be also able to offer access to TEI-structured historical full texts, research resources, other types of illustrative data (audio and video files) or large images of historical maps. The Enrich consortium will closely cooperate with TEL (The European Library) and will become a component part of the European Digital Library when this becomes reality.

The users will get tools that will assist them to create their own documents and personal digital libraries in Manuscriptorium using any analytical objects of which the documents consist. Tools for usage of more languages will be offered for application in Manuscriptorium as well as multilingual ontologies enabling search in local languages and retrieval of data in source languages.

The Enrich consortium consists of 18 partners and the project is also supported by a number of other institutions among which there are many important content owners.

The project is coordinated by the National Library of the Czech Republic together with other two Czech partners: AIP Beroun LTD and Crossczech Prague Inc.

The interest to cooperate has been expressed, among others, also by the national libraries of Hungary, Kazakhstan, Moldova, Poland, Romania, Serbia, Sweden, and Turkey as well as by the university libraries in Bratislava, Bucharest and Heidelberg. The list of associated partners will grow during the project duration.