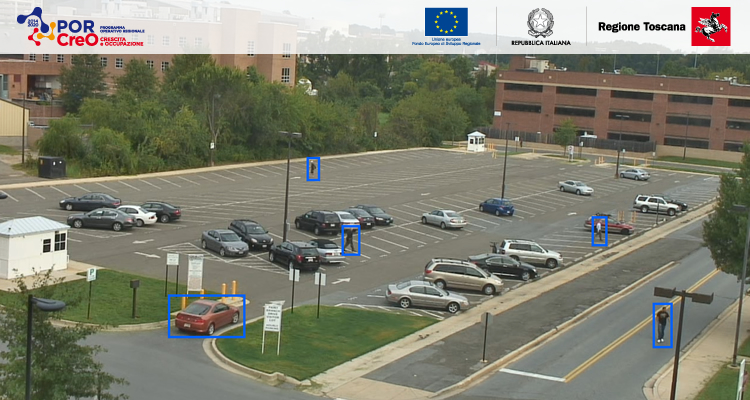 This project aims at reducing the environmental and time costs of vehicle parking activity. Wide unmanned areas can be managed thanks to an ensemble of diversified sensors, connected with a parking management system (PMS) allowing to compute in real-time business intelligence and at the same time providing useful information to users thanks to mobile application and cloud services.

In this project MICC leads a computer vision task for developing the visual surveillance and camera management system. In this project we developed the following modules: