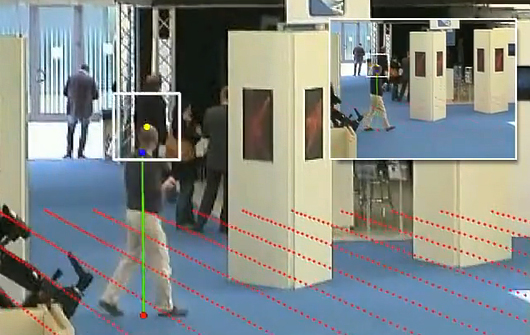 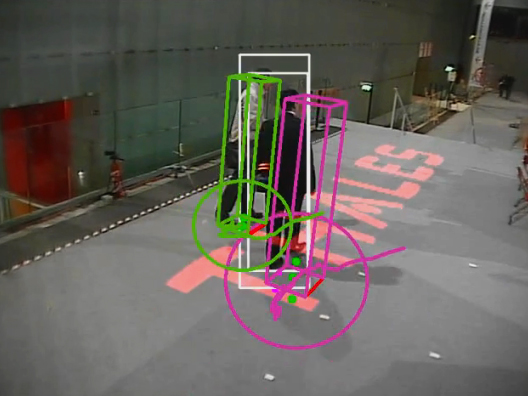 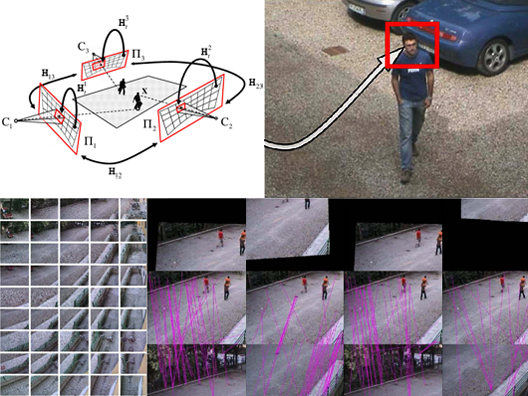 This research aims to realize a videosurveillance system for real-time 3D tracking of multiple people moving over an extended area, as seen from a rotating and zooming camera. The proposed method exploits multi-view image matching techniques to obtain dynamic-calibration of the camera and track many ground targets simultaneously, by slewing the video sensor from target to target and zooming in and out as necessary. 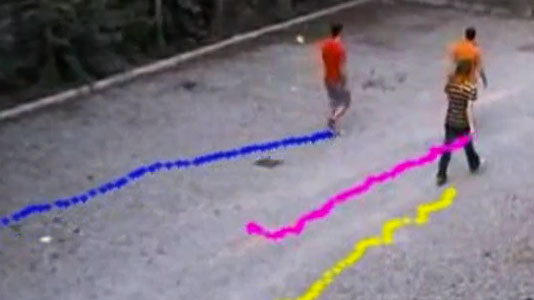 The image-to-world relation obtained with dynamic-calibration is further exploited to perform scale inference from focal length value, and to make robust tracking with scale invariant template matching and joint data-association techniques. We achieve an almost constant standard deviation error of less than 0.3 meters in recovering 3D trajectories of multiple moving targets, in an area of 70×15 meters. 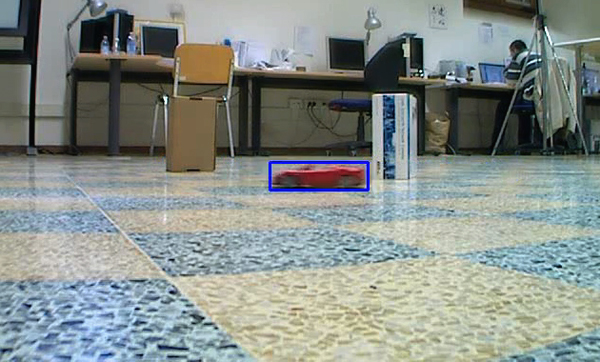 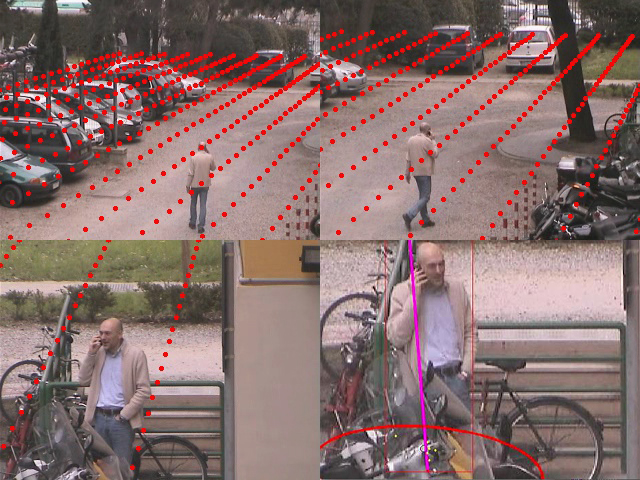